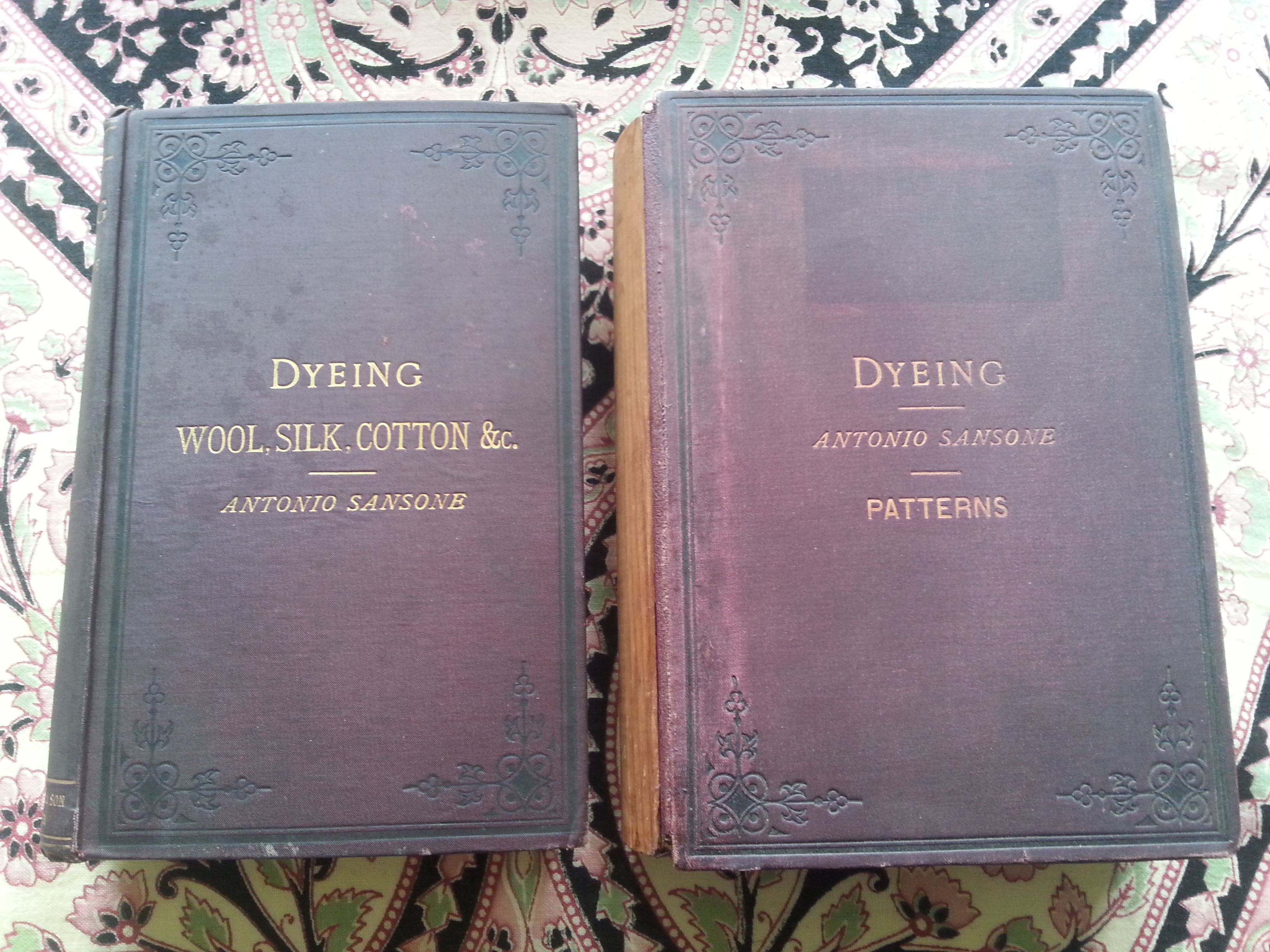 Textile history books hold a fascination for me, in particular industry manuals that cover the 1800s to 1900s and the transition from natural to synthetic dyeing (bear with me, it’s not as boring as it sounds – ok, maybe it is a bit dry if you’re not a dye history enthusiast!).

If you have heard one of my talks, you will know that I bring along pieces from my small but growing collection of dyeing ephemera. Some time ago, I was very fortunate to acquire a beautiful book of plates from a book by Antonio Sansone. I knew very little about Sansonne or the book and it was a bit of a punt to be honest when I bought it, as is often the way with old books. So I was pleasantly suprised when my parcel duly arrived.

Firstly it was not strictly a book, rather it was a small box styled as a book with 29 plates, each with samples of dyed and undyed fabric, yarns and fibres. The samples were mounted on individual sheets and appear to be complete. The spine of the book/box is missing but it is in otherwise great condition. 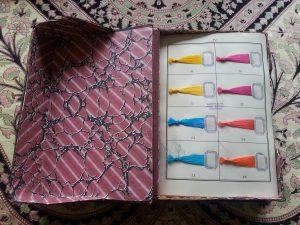 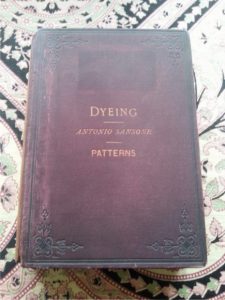 What was a little odd was that there was absolutely no explanation of the plates other than numbering and a very brief caption on each sample. No publication information, no introduction, nothing. (Not having the spine didn’t help of course). 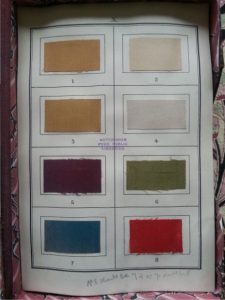 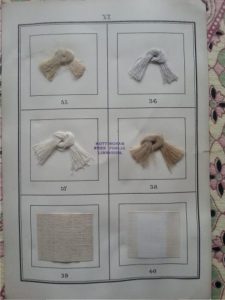 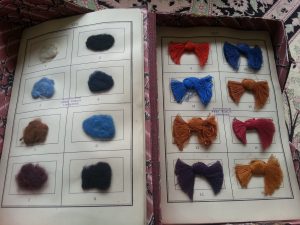 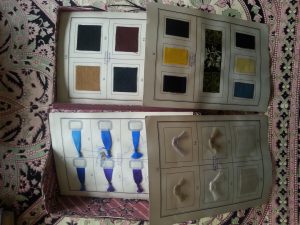 After some digging (ok, googling), I found out that this was in fact the second in a two-part volume by Sansone (hence the lack of any written information with the plates). Volume I contained all the rest of the information, details of the samples and a considerable amount of technical data on dyeing and dye equipment in the late 1800s.

Of course I was at this point somewhat sad that this volume of plates had been separated from its partner and never anticipated finding its mate. I did find various reprints and e-book versions but – although useful for the content – it’s hardly the same thing on the bookshelf as any collector will tell you.

Imagine my excitement some months later whilst randomly searching google (probably for something completely different but you know how it is) to find an original copy of the first volume, a first edition no less! It was a big investment and the book had found its way to the USA at some point since it was printed, but it was calling to me and I really had to have it. 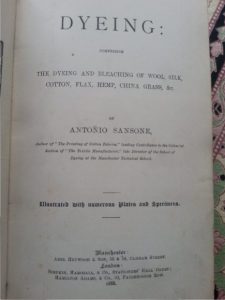 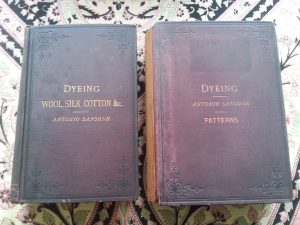 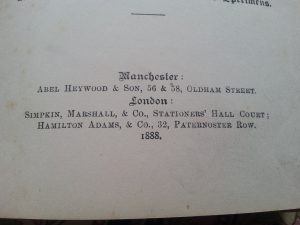 Naturally, it isn’t the literal pair to my Volume II, but it is in beautiful condition and, quite amazingly was published by Abel Heywood of Oldham Street, Manchester, UK in 1888. So, in its way, it has found its way home!

I shall probably buy the e-book version so as not to damage the original while I read it but I can’t explain how special this book is to me. I would love to know how it came to be in the USA and a little about its owner, but I think that might be asking too much. I do know, however, that the plates were from Nottingham library as they had very thoughtfully stamped every plate with their details (sigh).

(As an aside, I actually recognised the publisher’s name as there is now a bar of the same name in Manchester’s Northern Quarter – which has a very nice rum selection in case you happen to be in the area. Which goes to prove you can find useful knowledge just about anywhere and should always be curious).

(Aside II: If you look closely at the close up of the top left image of the little squares of fabric you will see that there is a reference to two of the samples being in the wrong place. Guess what my next task is….!). Workshops and Classes for Spring 2020 – Now being listed!

Workshops and classes for Spring 2020 are now open for bookings. In addition to some lovely Guild bookings, I’ll be teaching at Black Sheep Wools in Culcheth and at my studio space at Open Studios Altrincham, which is a lovely art studio in the centre of Altrincham, Cheshire. Easily accessible by Metrolink, train and bus, […]

It’s been a busy start to the year with not much blogging time! So what has been happening? Well, lots of teaching, an exciting video project, planning new workshops and testing and developing new products. I’m loving the Thursday Textiles Group – working with a group regularly is a great way to develop new ideas […]

It was lovely to welcome students from my introduction to hand-dyeing workshop back to Black Sheep Wools for a day of advanced hand-dyeing! This one day course builds on the skills learned on the introductory course and we explore new ideas and techniques. One of the main aims is to encourage students to create colour […]